Why selling TOC is difficult? 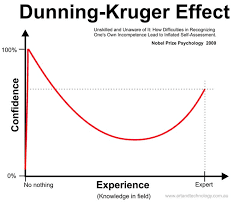 The Dunning–Kruger effect is a cognitive bias in which relatively unskilled individuals suffer from illusory superiority, mistakenly assessing their ability to be much higher than it really is.

Dunning and Kruger attributed this bias to a metacognitive inability of the unskilled to recognize their own ineptitude and evaluate their own ability accurately.

Their research also suggests corollaries: highly skilled individuals may underestimate their relative competence and may erroneously assume that tasks which are easy for them are also easy for others.[1]

In this context please refer skill as awareness of new paradigm.

Then TOC people are higly skilled,ie. aware of new paradigm as well as the difference between old & new paradigm and remedies. In the same way unskilled people are not aware of paradigm shift at all, they are heavily immersed with old paradigm, studied, experienced have satisfactory results and live in alike people & environment.

From the buyer's perspective according to Dunning-Kruger Effect they feel they know everything well enough. Although the environment is different, ie. paradigm shifted, they still believe that they are superior. They feel themselves "above the average, better than they are". Hence they are not open to new (even threatening) ideas. Dunning-Kruger suggested to let them know themselves better which means either having a benchmark "like them" implementing TOC or finding a way to show them the king is nüde!

From the seller's perspective according to Dunning-Kruger Effect they think "everyone will surely realize the charm of TOC, it is obvious, every manager would like to improve the business, they would love the idea and there will be a queue of customers ...". They feel themselves "humble, below the average, like everybody else". Hence they will present TOC and unfortunately it has been received as "too good to be true" for the buyers. Dunning-Kruger suggested to let them know the others better which means conducting training sessions with others not to train them for TOC but to experience the differences by themselves. Organize training sessions, documents cheaper, online to maximize exposure. Approaching to academics, issuing free and limited versions of current softwares, etc could be other means.

A fish does not know that it is wet!
Gönderen Utkan Uluçay zaman: 12:30 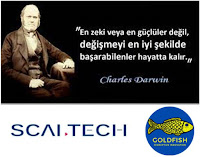