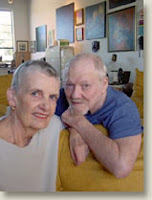 I have already finished your "Ishmael" & "The Story of B" books in just 3 days. I do like your imagination and structure of the books. I have noticed the cause-effect relation and Socratic way of conveying ideas.

I have realized certain similarities with Theory of Constraints by Eliyahu M. Goldratt. Logical connections and Socratic way are his landmarks in his books. Your explanation of Restricted Competency Law is very similar to a constrainted sytem view. Your saying about "Vision is actually flow" is exactly the core principle of new paradigm, World of Flow, Throughput World. You are saying that our diciplines of sciences are quite apart, localized that they cannot reveal the truth of human history. This is a usual reflection of old paradigm; we keep disassemble everything to understand better, to manage better to an extent that we lost the idea of Big Picture.. Today humaity has a constrait which is clean environment for sustainability.

I have 4 main headings about your message: Unfair, disagree, inform, paradigm. Let me elobarate shortly.

UNFAIR: Humans destroyed the world. They have exhausted it. But let us remember that everything started in Middle East and Europe (Old World). Unfortunately this has been done heavily by Western cultures, especialy in Merkantalism Era by Portugese, Spanish, English, French conquerers. It has been followed by industrial revolutions. Today we have reached a point to face with bare reality. Now western developed countries are demanding Eastern developing countries to contribute all the efforts to save the world with equal terms like them. This is unfair. Developed countries must not only lead these activities but also finance them significantly.

DISAGREE:  I believe Islam is slighltly contradicting with your thesis. It has its roots in Sami tribe, meaning Shepard Habil, meaning their ancestor is Ishmael! Arabs were living in an almost non-arable land and dealing with animals, trade and close to Hunter-Gatherere culture, as you named  Leavers. Frankly speaking Islam is in harmony with science, Mohammed was illiterate and the first word of Lord was "Read!". Lord says "Scientist would understand me better, Look around, don't you realize what I have created for you to habitat?, ..." in Quaran. Unfortunately Islam was not well understood by Islamic societies and hence after the very early years of Islam it has gone darkness while western cultures are starting to glow.. You mean that Lord is difficult to comprehend or not very good at explaining himself. I disagree, like your B, Lord was also suffering to maintain a continuous audience. He was trying to establish a base like your B. Please recall that there are several prophets but none of them was assigned to the same tribe, everytime it was different to spread the wisdom.

INFORM: You were mentioning Stonehedge, UK as the oldest archeologic finding. Actually Göbeklitepe, Urfa, Turkey is the oldest one in the world. It is 7,000 years before the Stonehedge and it is also a Temple! Göbeklitepe is the end of famous Abraham's Path (religious walking path) from Jerusalem. Abraham was the father of Ishak (Moses and Jesus) and Ishmael (Mohammed). Abraham was the beginning of the Unique Lord idea. Please see the similarities between Hebrew, Arami, Suryani, Arabic languages, way of life, clothing,... In Göbeklitepe you could see a single tree in a very wide land, a single hill in a very wide and flat area, solid rocks which you could not find within 2kilometers distance and a drawing under the tree showing a woman who was giving birth to a baby... Remember humans are Hunter-Gatherer in that time. In Quaran Lord says he keep telling the same message from the beginning. It might be the reason for the figures showing in Islamic praying scene...  https://en.wikipedia.org/wiki/G%C3%B6bekli_Tepe

PARADIGM: You have mentioned Agricultural Revolution as a paradigm shift. I will point out some others like First Industrial Revolution , Second Industrial Revolution, Digital Revolution and finally Sustainability Revolution. all these revolutions influenced business life as well. We have moved from local, additive, cost world, old paradigm to chaotic, unpredictibale, global, throughput world, new paradigm. As you have emphasized I strongly believe that natural selection and evolution has not ended and valid for humans too. My guess it will be effective in business life this time...